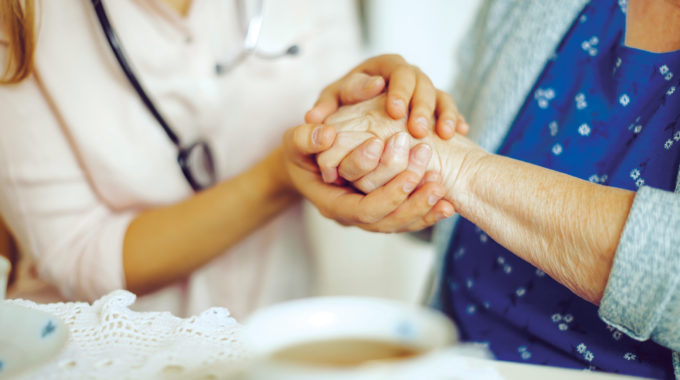 While it is normal for about 15 percent of hospice patients to be discharged before dying, often because their health improves, researchers with The Washington Post found that at some hospices, particularly those managed by newer, for-profit companies, the rate is double that or even higher. Mississippi and Alabama, for example, had rates of 41 and 35 percent respectively.10

Based on its analysis of more than 1 million U.S. hospice records from 2002 to 2012 and more recent supportive information from the federal government, The Washington Post attributes this discrepancy to two key factors:

As patients’ health deteriorates, their care needs can increase, both in quantity and cost. Researchers found that one in four patients discharged from hospice before death are subsequently admitted to a hospital within 30 days.12 Through early discharge, the for-profit hospice avoids providing costly CT-scans, MRIs, and palliative radiation treatments. However, patients often then end up in emergency rooms and hospitals – the polar opposite of their originally expressed desire for comfort and familiarity at the end of life.13

The Status of Quality Measure Development in Hospice – Part 4

Hospice Compare: Input and Advocacy: Hospice Leaders’ Opportunity to Guide the Process Given that both…

The Status of Quality Measure Development in Hospice – Part 3

Hospice Compare: Filling the Gap: HOPE and Claims-Based Measures To address this issue and to…

The Status of Quality Measure Development in Hospice – Part 2 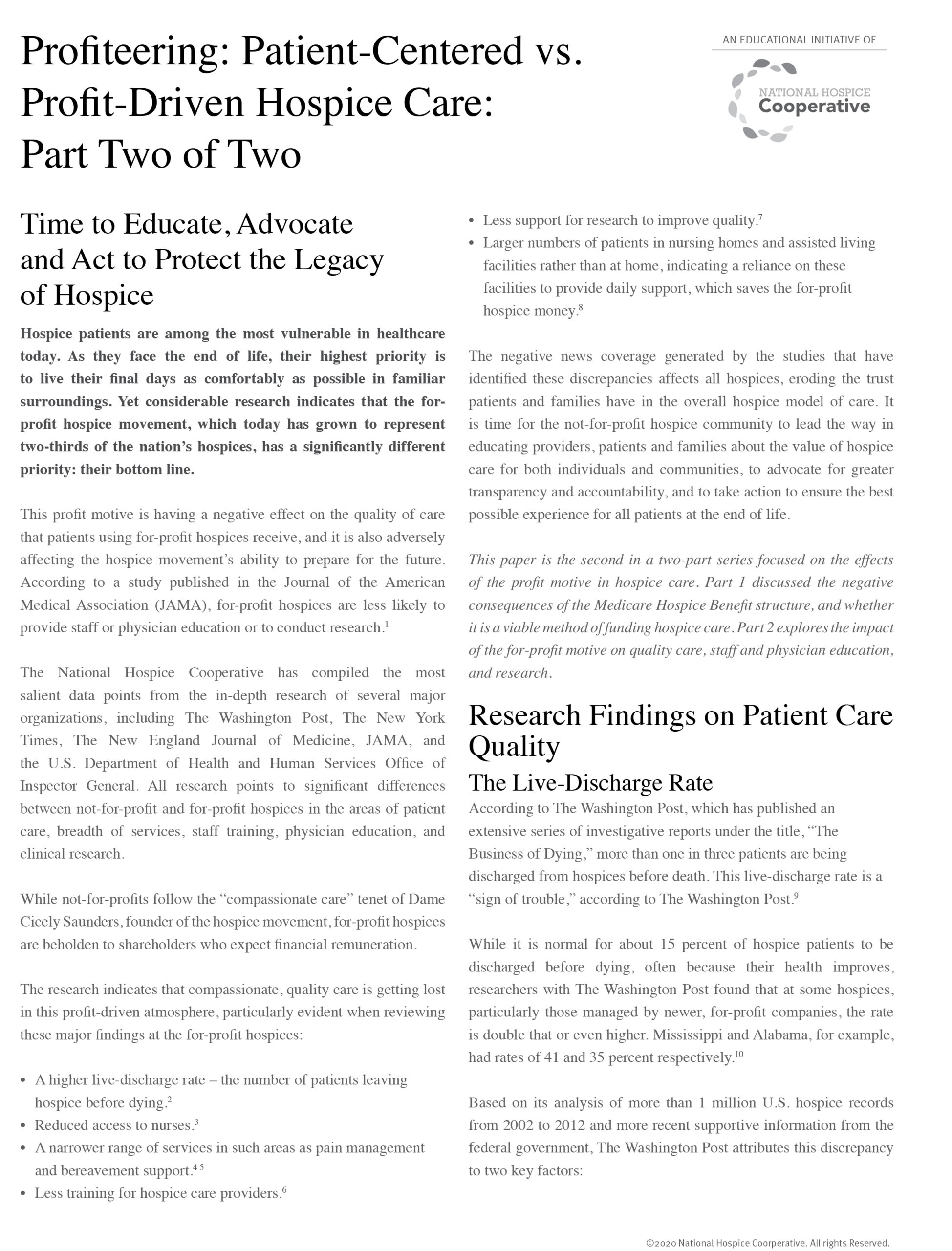 Share this important White Paper with your colleagues and friends. This issue affects us all. Spread the word.

Sign up to receive news and information – and future White Papers – from Ohio’s Hospice. Together, we can protect the original hospice vision for our families today and for generations to come.

SIGN UP FOR WHY
IT MATTERS UPDATES!
Our mission is to provide world-class, business support services, maximizing financial and process efficiencies to empower community-based, not-for-profit hospice providers to focus their resources on the delivery of quality care.
Copyright National Hospice Cooperative 2023 - All Rights Reserved
Back To Top